I credit my “Let Them Eat Cake” etched glass stand as being the piece that launched the entire company. I wanted one, you see, and there were none available in the world. So I did what any rational person would do. I learned the art of hand etching glass so that I could make it myself. I opened my Etsy shop on October 3rd, 2011 and just one week later I sold my first Let Them Eat Cake stand. Since then I have sold over 70, and given several as gifts. It has always been my single favorite item in my entire store, and yet, I am putting into semi-retirement.

Why on Earth would I do this to my favorite piece? Because the last five times it sold, I could literally feel my shoulders slump a little. I’d already added a disclaimer to my hand etched pieces that they no longer had next day shipping, instead limiting myself to a single etching day per week. Glass etching is a hobby not without risk, and the set-up and clean-up process had become daunting once my store became busier. Here is a glimpse of my etching attire: 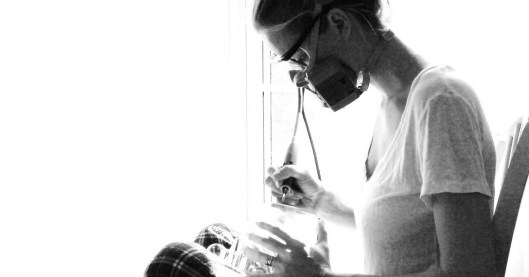 In order to avoid silicosis (from the American Lung Association: “silica dust can cause fluid buildup and scar tissue in the lungs that cuts down your ability to breathe. Silicosis cannot be cured, but you can prevent it if you take specific steps to protect yourself and your family”), I wear that heavy-duty breathing mask. To prevent glass shards to my eyes, I wear eye protection. Earplugs complete my ensemble. After etching, I have to change my clothes (to avoid spreading glass dust), wash my hair and wet wipe the entire etching area. The finished glass piece is entirely safe, as I wash away every trace of glass dust before double boxing and mailing off the stands.

All of this was a breeze during slower times. But now I have my days planned almost to the minute to fulfill orders, keep the shop stocked and still finish work at a time that allows for activities with the family. And so I’ve decided that, although profitable and enjoyable, the cake stands would be the straw that broke the camel’s back once the holiday rush starts this year. They will be disappearing from my shelves sometime mid-August, so if you’ve wanted one but have held off, now is the time. I can promise you they will be back. While I don’t know exactly when that will be, it would definitely not be until Spring at the soonest.

Ryan’s cutting boards have opened the floodgates of inspiration and we have had a blast thinking up new ideas for them. As creative conversations tend to do, ours will start with a cutting board idea and by the time we’re done, one idea has led to another and I have ten new spoons planned. With the hand etching out-of-the-way for the time being, we will have much more time to work on new pieces, like spoons: 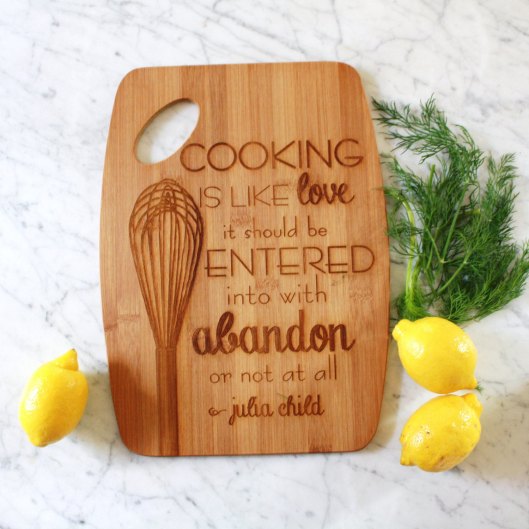 As well as some very exciting (but still secret) projects on the horizon. I usually gauge my decisions by my gut feeling the moment I make up my mind. If I am uneasy, I take that to mean that more thought needs to go into it. But the moment I decided to shelf the cake stands, I felt a weight lifted and a slightly giddy feeling about the time I would reclaim for new projects.

Of course, I could have just quietly deactivated those listings in a couple of weeks instead of blogging about it. But I feel like the Glass Queen of my shop deserved a proper send off, rather than an unceremonious beheading.

3 thoughts on “Let Them Eat Cake. Just… not out of this stand for a while”

I'm Sarah, co-owner of Milk & Honey ®. I'm a pleasure seeker, beauty lover, and purveyor of the delightful. I live in Richmond, Va. with my husband and two children.

Find us on Google+